The FAA anticipates that there will be over 1 million drones to be sold over the 2015 Christmas period and yet they are still undecided on the however they have so far failed to decide on the legalities of integrating them into US airspace.

In 2012 the US Congress put forward a mandate that the FAA have regulations in place by September 30 2015 on how to best address the safety concerns of the use of hobby drones in US airspace, however it’s now October and no such regulations have been established.

Whether this figure is accurate or not is open to debate, however what is certain is that a large number will be sold and yet there is no regulation in place, and it looks unlikely that there will be before the Christmas period kicks in.

In February this year the FAA did put out some proposals that hobby drones should be restricted for use below 500 feet, never flown above the general public and that it should be kept in sight at all times, however it is yet to approve these proposals. The suggestion is that these proposals will be put in place next year however there is no official time frame in place.

Some clever researchers have managed to programme quadcopter drones to autonomously build a rope bridge capable of being used by humans.

The construct was assembled at the ETH Zurich Flying Machine Arena as part of research into aerial robotics.

Check out the incredible video below: 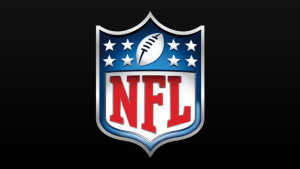 The NFL has just become the first sport to be given official permission from the Federal Aviation Administration (FAA) to film matches with the use of drones.

In a letter dated the 17th September 2015, the FAA approved a request from the NFL to video footage, but not live matches with the use of drones.

NFL Films has a long history of embracing and employing the latest technology to tell its inimitable stories. NFL Films will use the unique visual images captured by drones to enhance their filmmaking and story-telling. They will be used when there are no people present for scenic shots for productions such as NFL Films Presents and Together We Make Football pieces on the Today Show.

There are restrictions however, for instance flight plans must be submitted at least 3 days in advance of filming and drones are restricted to a maximum speed of 100 mph.