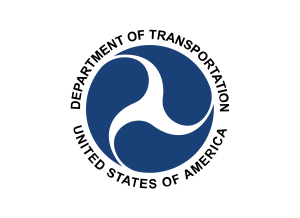 The U.S. Deparmtent of Transportation has issued information about the possibility of legislation that all drones will have to be registered in the new future.

WASHINGTON – U.S. Transportation Secretary Anthony Foxx and FAA Administrator Michael Huerta announced the creation of a task force that is set to put in place recommendations that all Unmanned Aircraft Systems (UAS) go through a registration process.

The complete task force will be comprised of between 25 and 30 individuals from both the FAA and government and will decide which types of drone will be exempt from the legislation, which is expected to be minimal risk drones including toys.

“Registering unmanned aircraft will help build a culture of accountability and responsibility, especially with new users who have no experience operating in the U.S. aviation system, it will help protect public safety in the air and on the ground.”

Every day the FAA receive complaints about unsafe use of drones ranging from misuse at sport events to interfering with the natural environment.

“These reports signal a troubling trend, registration will help make sure that operators know the rules and remain accountable to the public for flying their unmanned aircraft responsibly.  When they don’t fly safely, they’ll know there will be consequences.”